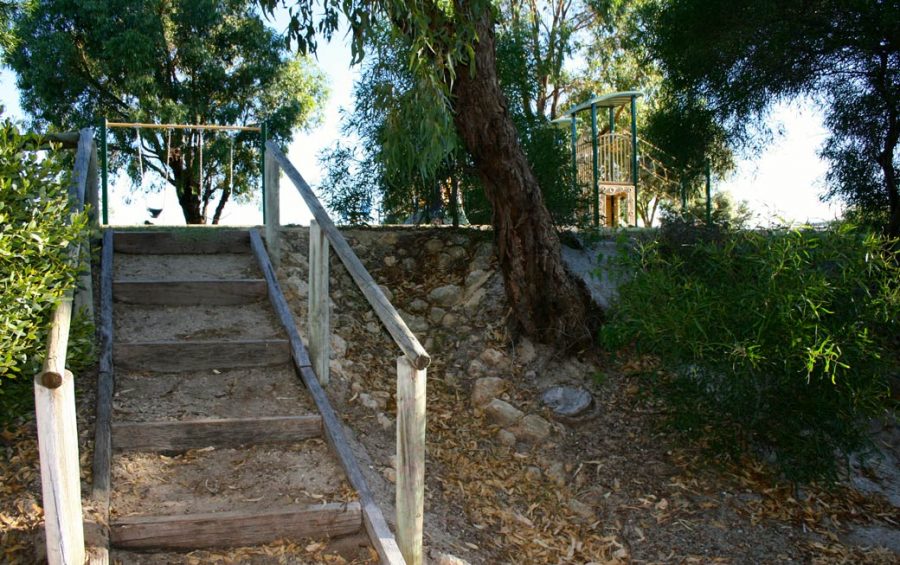 Hollis Park, not far from main South Beach, is another almost secret park with playthings for kids and solitude for their worn out carers. A cycle/pedestrian path, which connects South Beach/Wilson Park with the eastern end of Douro Road, passes by the park. The park is hidden away in a green strip that separates ‘old’ South Freo from ‘new’ South Freo.  While located officially on Keeling Way, a spaghetti-shaped vehicular thoroughfare in the new area, the park is best accessed by bicycle or on foot. Head south on Hickory Street – which is the first right off Douro Road near the South Terrace roundabout – directly to the cycle/pedestrian path and you’ll see the park beyond.  Or from South Beach, near the southern end of Wilson Park, go east across the railway line at Ocean road onto the path for about 50 metres. The park is on your right and Hickory St on your left.