Sunday 30 January was going to be hot – what else – so we started early. ‘We’ being the Shorebird 2022 Count teams who had gathered to record the number of shorebirds in the Peel-Yalgorup system, an annual task to check on population levels. Twenty-five groups were surveying the system with most of us in the Peel Estuary, while other groups were at the associated lakes. Counts were also being done further away near Bunbury and Busselton, and in the north of the State. 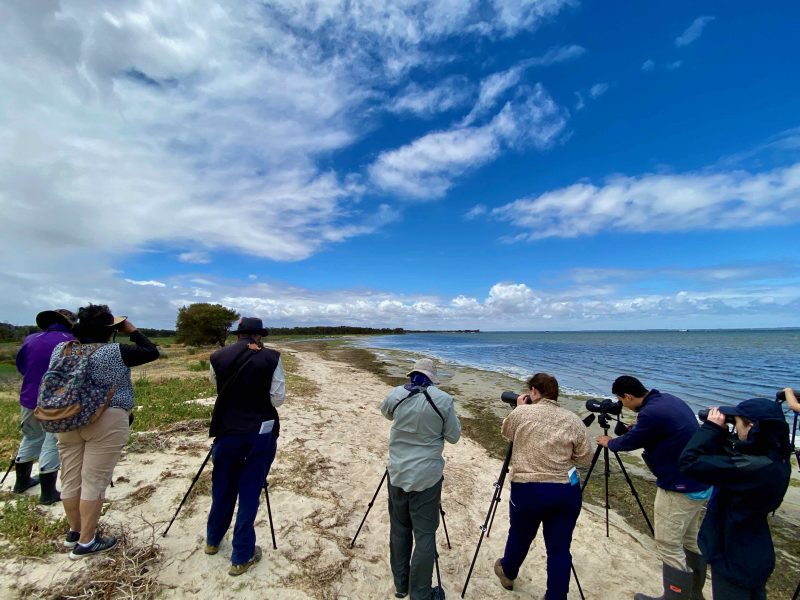 We recorded the tide as low and there was a light easterly blowing across the shallow waters of the estuary. In our section we encountered twenty-seven people with six watercraft and eight dogs, six of them running off the leash. These were all counted as disturbances because we were there to count shorebirds and waterbirds, with a particular interest in migratory shorebirds. With our binoculars and telescopes, notebooks and apps, we must have looked like Fisheries Inspectors, because one crabber blabbed to us that he’d caught some undersize crabs but had released them. Let’s hope everyone was doing the right thing, including our not-so-tough guy.

The Peel-Yalgorup System is the most important area for waterbirds in the South-West, supporting, on average, close to 50,000 waterbirds annually. Apart from the Peel Inlet and Harvey Estuary, this system of waterways includes Lakes Clifton, Yalgorup and Preston, and the smaller but no less significant freshwater Lakes Mealup and McLarty.

In our walk along the Erskine Nature Trail we saw a lot of waterbirds but very few shorebirds, those birds otherwise known as waders which feed almost exclusively on the mudflats. The most common waterbirds were Little Pied Cormorant, Grey Teal and Pacific Black Duck – no surprises there.

The shorebird count wasn’t high that day, although more were seen in reserves like the Creery Wetlands. The talk was that shorebirds and waterbirds were more dispersed this season, due to the relatively high rainfall. We’ll have to wait for the results of the report to confirm this (or not).

Our team varied in our identification skills (and in our remaining eyesight) but we’d all undertaken training with BirdLife WA and the Peel-Harvey Catchment Council (PHCC) for this Shorebird 2022 Count, so we were unlikely to make any howlers. We were able to take with us a clear photograph of our most contested bird – a Grey-Tailed Tattler – for checking.

Nevertheless, shorebirds are difficult to identify, and this is one of the criticisms of Citizen Science projects like this one; that too much is done by amateurs instead of relying on data collected by professionals. This is easy to counter however as there simply aren’t enough professionals to go around for population counts, and the training and use of guidebooks greatly assists amateurs with identification.

Why are waders difficult to identify? One of the main reasons is that by the time the migratory birds (approximately two-thirds of our wader species) arrive in the south-west they have lost virtually all of their characteristic breeding plumage. This is different at Roebuck Bay or Eighty Mile Beach in the north of he State where the birds often still have either vestigial or returning breeding colours.

We still have bill shapes, however, a downcurved and very large bill like the rare Eastern Curlew, long and straight like the Godwits, or an upturned bill like the Terek Sandpiper. There are still differences in plumage of course, and waders also range in size from the tiny Red-capped Plovers to the aforementioned Curlew! which is a relative behemoth at 63cm tall.

Shorebirds also exhibit different behaviours – some flock, others tend to be solitary, some have distinctive movements such as tail bobs, or they might run or strut in characteristic ways. Birds in flight show different plumage patterns, and bird calls can be compared with recordings. 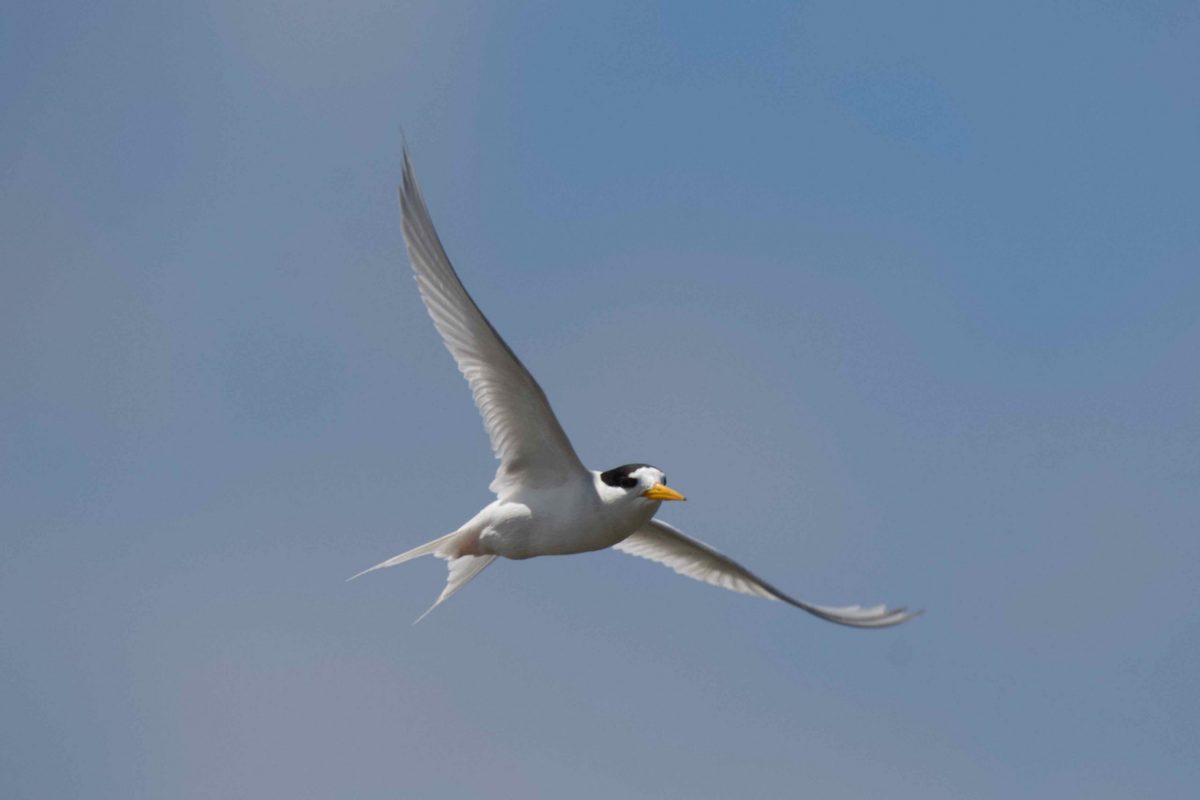 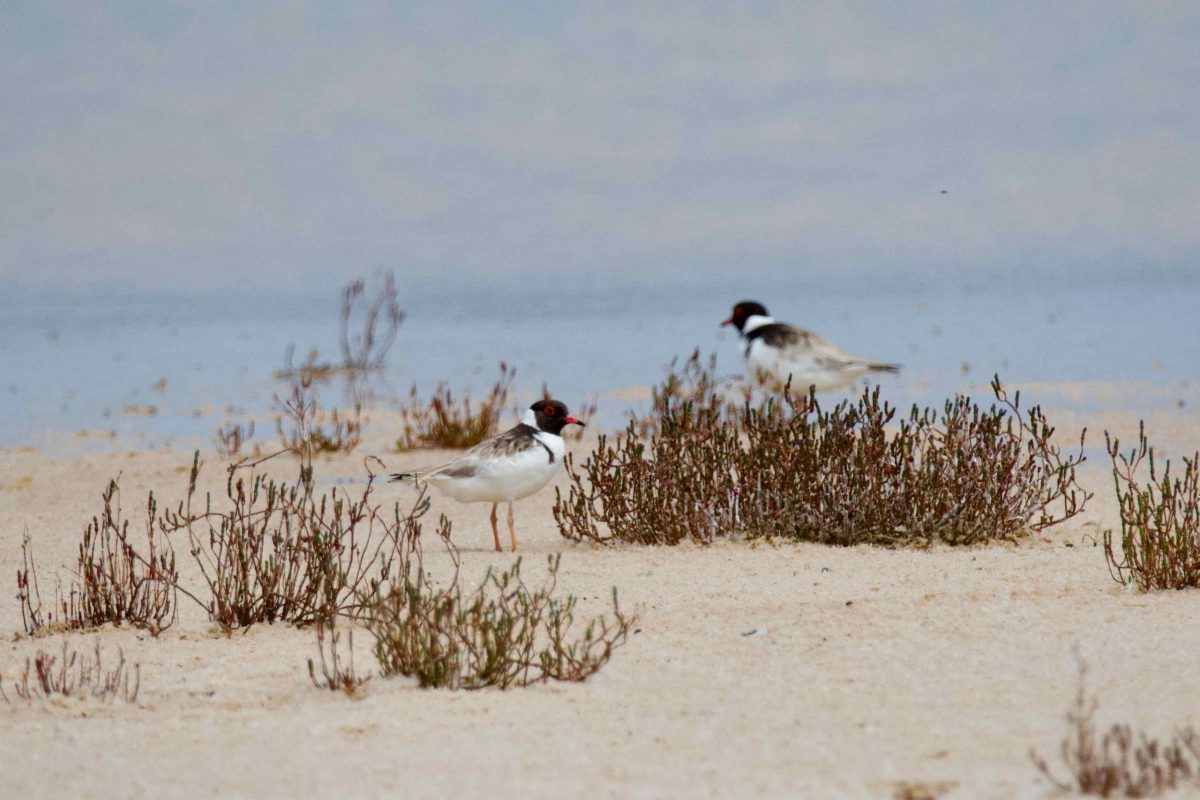 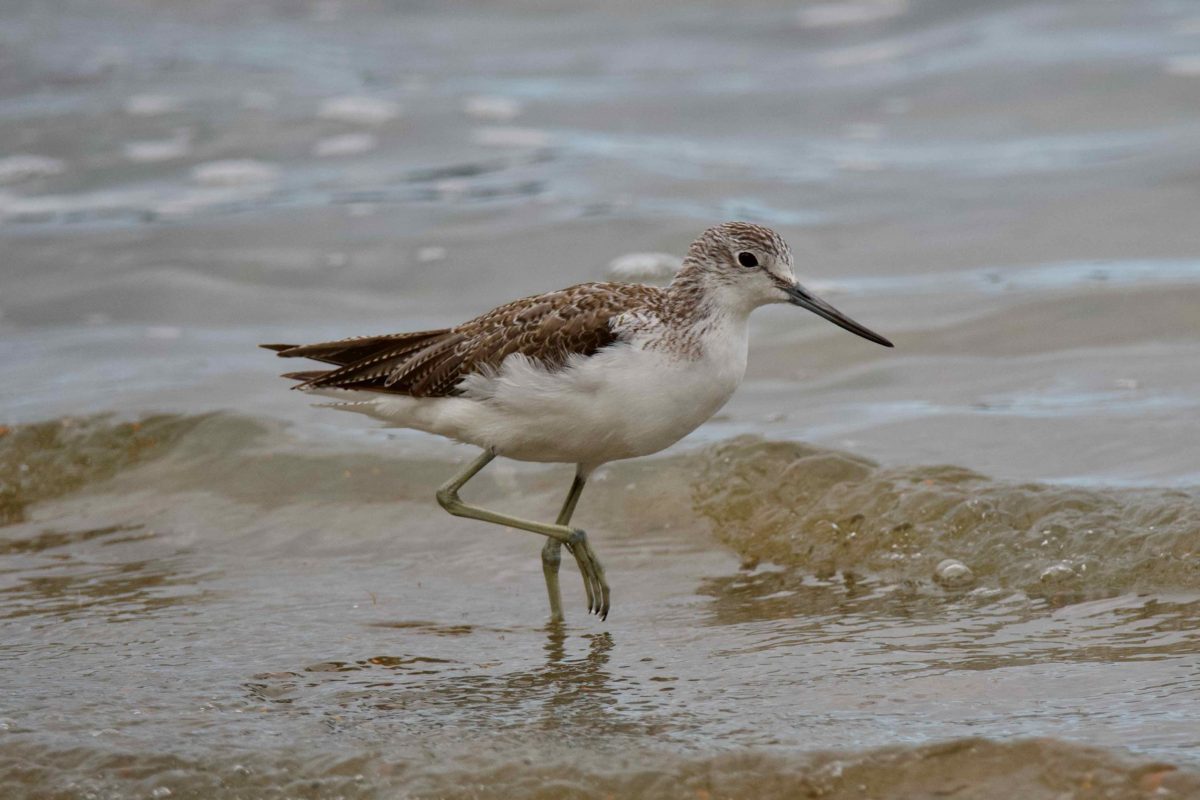 The Arctic Tern holds the record for the longest migratory journey by any creature, partly because they are able to feed in any part of the ocean whereas our migratory shorebirds, travelling down the vast East Asian flyway, have only limited feeding stops on their journey to Australia. Many of these refueling stops have been overtaken by coastal developments in China and South Korea, although progress is being made on this issue (and we should take the log out of our own eye as well). A group of brave Kiwis have even travelled a couple of times to the Hermit Kingdom to check on wader feeding grounds there and, for once, North Korea comes out with a good report.

The north-south migration of shorebirds from their breeding grounds in Siberia is one of the wonders of the world, a journey in which quite small birds can lose a large proportion of their body weight – and they even undertake their first journey as juveniles without being shown how to do it by their parents, who leave the breeding grounds earlier.

If you are lucky enough to visit the Broome Bird Observatory at the end of summer, you’ll see flocks of shorebirds gathering in circular flight before rising to the skies for the beginning of their epic journey back to the Arctic tundra.

Only the hardest of hearts wouldn’t be moved by such a spectacle.

Thanks to Jeremy Ringma of BirdLife WA and Charlie Jones of PHCC for the training, and organisation of the count. You can read about the intrepid Kiwis’ trip to North Korea here. Australians need not apply!

Stop Press: The total shore- and waterbird count for the Peel-Yalgorup System this year was 66 species and 42, 600 individual birds, somewhat down on average. This may be explained by the relative absence of shorebirds at the time of the count which, anecdotally, are only now starting to move into the area.

* This article was written by Mark Hutchison
** Photographs by Alfred Lau