Freo e- Riders To Be Regulated From 4 December

The ABC is reporting today that the State government will implement new laws to come into effect on 4 December – just weeks away – setting speed limits and safety features for e-rideable devices.

Here’s a peloton of them on a narrow street, which could just about be central Fremantle but is in fact central Athens, putting fear into the hearts and minds of unsuspecting pedestrians. 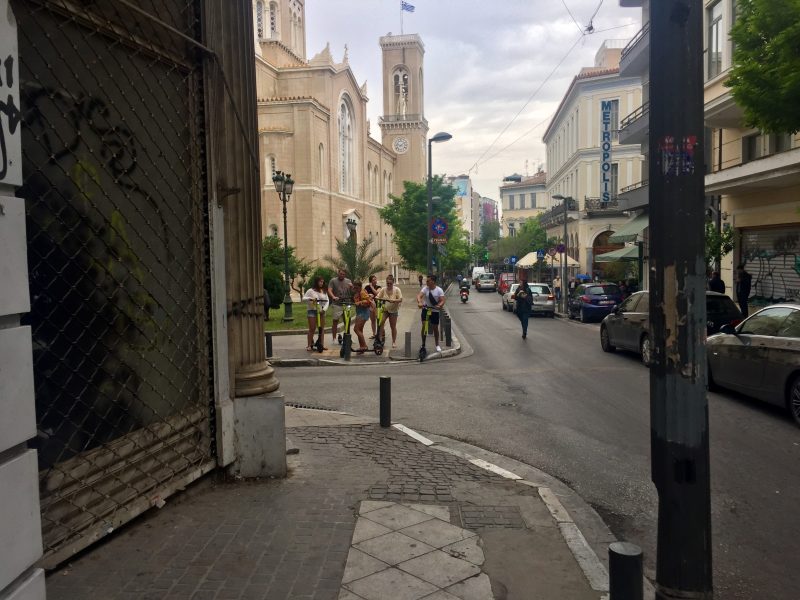 People, and peak organisations like the RAC, have been clamouring for some form of tightened regulation for some time.

However, the Department of Transport website currently says nothing about any new rules.

According to the ABC, under the new laws, e-rideable users must:

* Keep to a speed limit of 25 kilometres per hour on bike or shared paths and local roads;
* Observe a speed limit of 10kph on footpaths and in pedestrian areas;
* Give way to pedestrians and keep left of oncoming riders;
* Wear an approved helmet, use lights and reflectors at night, and have a (working) warning device;
* Be at least 16 years of age.

However, children under 16 are currently permitted to use motorised scooters with a maximum speed of 10kph and, apparently, this will not change.

Rules prohibiting mobile phone use and drink/drug driving, according to the report, will apply with the same restrictions as those applying to motor vehicle drivers.

It’ll be interesting to see how some of our local e-device people will manage coming down High Street and South Street into central Freo under such restrictions!